The second meeting of the Parents’ School in the Holy Metropolis of Corfu took place in the afternoon of Sunday, December 8, 2019, at the Spiritual Centre. It had the following topic: “The gift of Adolescence” and the speaker was Mr. Alexis Lappas, children, teenagers and parents’ psychiatrist. His book was presented by fr. Themistoklis Mourtzanos.

In his speech, the speaker emphasized that adolescence is a process of biological, social and psycho-emotional development and autonomy. It is an important, pivotal stage in human evolution and is the basis for shaping one’s identity. The teenager has multiple roles: son or daughter, companion, student, friend, hooligan, political person, but also a child, so it is not easy to clarify which role precedes.

Teenagers need quality time from their parents, that is, exclusivity, at least for a while. Praise for the small things Don’t feel that the big ones are interfering with his life. The magic question is “What does this mean for you?” This question essentially enables the adolescent to express and express their fears. The most important of them is not to fail and to confirm a dissatisfaction that parents often have.

The speaker reminded one reason of the prophet Ezekiel that God asks us not to have stone but flesh hearts, which means not to be afraid of defeat and failure but to feel that we still have to learn things. Love also means a non-critical attitude, avoiding comparing the teenager with either parents or other teenagers, as well as having a positive acceptance of what the teenager can achieve. Love has limits. So let’s say ‘I can’t’ and ‘I take responsibility’.

Mr Lappas closed his thoughts by pointing out that today’s teenager is a digital native as he/she grows up on the Internet, on the social media, in digital reality. The older we are digital immigrants. The postmodern era, however, relies on the denial of identity, the deprecation of everything, and the urge for continued enjoyment, but without effort.

Parents need to embrace the new reality so they can give teenagers a hint of criticism, love and tenderness in order to get them out of their dependence on digital reality. It’s another to be a user and another to be addicted!

Addressing the event, which was attended by many parents, while their children were volunteered by the teachers of the ELENI BELLOU Kindergarten School, the Bishop of Corfu, Mr. Nektarios, stressed that GOd’s love is not for humanity. and that is why parents are good at following the steps of faith in their children’s upbringing, loving and forgiving them, as well as encouraging them to stay away from the challenges they face.

Then there was a very interesting dialogue with the parents involved.

Church as society that embraces family and youth

The Pedagogical Principles of the Three Hierarchs

Church as society that embraces family and youth

The Pedagogical Principles of the Three Hierarchs 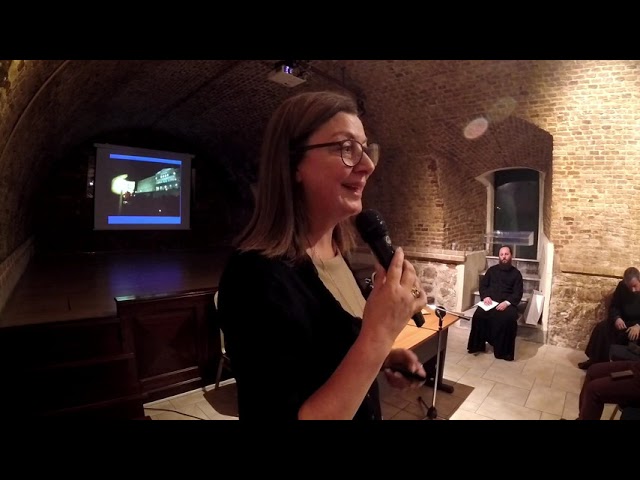 “Talking with children on their questions about death”

God’s wisdom gives us prudence and keeps us modest